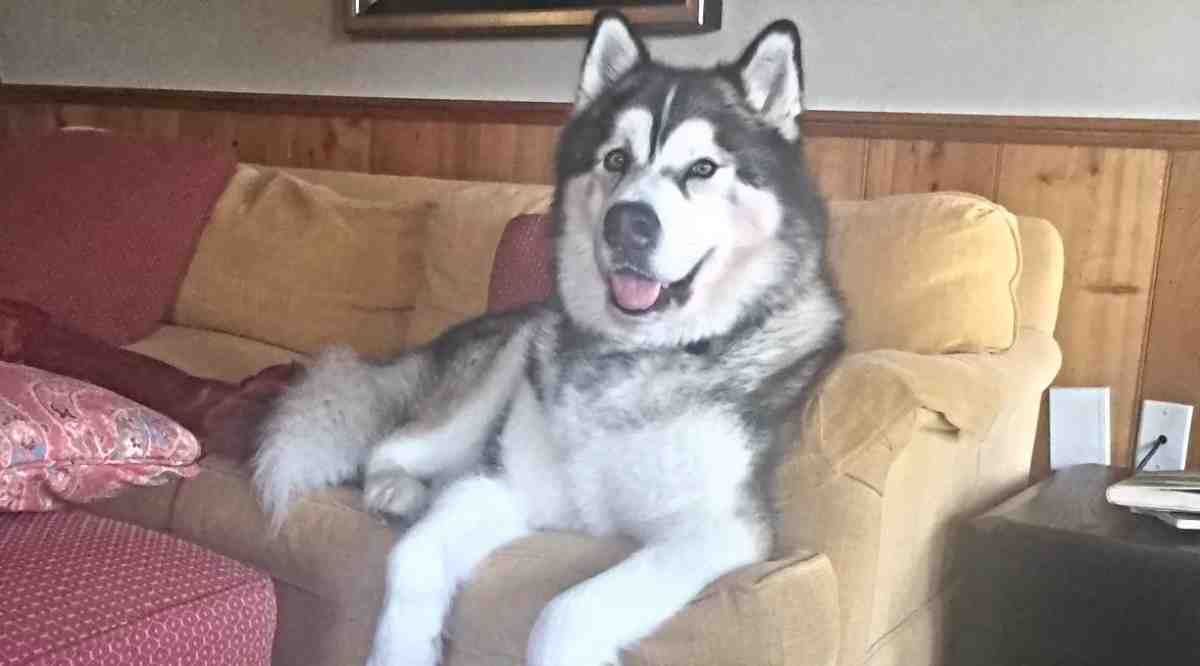 Is a dog’s first heat shorter?

Female dogs’ heat period lasts for 2 to 4 weeks. But this may vary by individual dog or breed. While some dog breeds may last longer, others may be shorter. For most dogs, heat—otherwise known as estrus—lasts for 1 ½ – 2 weeks. This is the period when a dog can get pregnant.

The complete cycle happens in about five to seven months. This means your dog will experience her heat period at most twice a year.

On average, the heat period begins in your dog as soon as she’s 6 months. It continues until she’s between 8 to 10 years and then it slows down but doesn’t stop completely because dogs do not experience menopause like humans.

How often are dogs in heat?

Normally, female dogs will often undergo their heart period every six months (about twice a year).

However, the dog’s breed and size can influence the frequency of the heat cycle.

Smaller dogs go into heat more often than larger dogs, and a dog’s heat cycle may be irregular when they first begin to experience it.

What should I expect when my dog goes into heat for the first time?

Your dog might become agitated or nervous during the first phase of her estrus cycle. She might become aggressive or unfriendly towards other pets in the house, or even toward you.

She becomes friendly with male dogs, giving them signals at the slightest chance she gets, to come and hate with her. Other behaviors of your dog in her first heat period include:

This is perhaps the first obvious sign that your dog’s heat period has started. Her vulva swells and reddens during her first estrus cycle. As a dog owner, seeing this for the first time might freak you out. But there would be no need to be as this is only a sign that your dog has attained sexual maturity.

During your dog’s first estrus cycle, she tends to urinate more frequently than before. Her urine contains pheromones, a scent that sends a message to male dogs around the neighborhood that she’s ready to mate.

Male dogs can perceive this scent from afar, so don’t be surprised when you see them coming close to your dog. But be present to keep them away if you don’t want new puppies on your hands just yet.

During the first few days of your dog’s estrus cycle, you would observe that your dog tucks her tail against her body. But as the cycle progresses, she holds it to the side. This is a clear indication that she wants a male to mate with her.

Your dog is still getting to understand why she’s undergoing hormonal changes during heat, therefore she may act in a certain type of way during her period. She may become nervous, curl up in a corner of the house all by herself, or become aggressive toward other dogs.

A dog’s heat cycle is in four stages. Each one comes with its symptoms. During each stage, your dog will undergo different physical and behavioral changes. Let’s learn about the stages of dogs’ heat period below.

Stages of a dog in heat

The symptoms or behavior your dog exhibits during her heat period indicates what stage of her estrus cycle she’s currently on. This will help you better understand her behaviors, and how you can make her comfortable at every stage. The four stages of a dog’s heart cycle are as follows:

This is the beginning of your dog’s estrus cycle where she’s preparing to mate. During this stage, she may become very affectionate to you or male dogs.

She also tucks her tail to her body. Visible signs during this stage include the swelling of her vulva. The vulva is the opening of your dog’s genitals located between your dog’s legs further back towards the tail.

Your dog may also indulge in licking her private area often as a means to keep herself clean. This stage lasts between 7 to 10 days but can range anywhere between 0 to 27 days depending on the dog’s breed.

During this stage, your canine friend becomes receptive to male dogs. You may notice that she now urinates more frequently than before, and she goes about urinating in spots. The marking of spots with urine is a signal to male dogs that she’s ready to mate.

The urine contains pheromones, which attract male dogs to mate with her. You may also find out that your dog approaches male dogs with her tail to the side. On the other hand, she tends to become aggressive toward other female dogs. This stage lasts 5 to 10 days based on behavioral signs but can range anywhere between 4 to 24 days.

Diestrus – Your dog’s vulva will return to its normal size at this stage and she is no more receptive to male dogs. Her bloody discharge will also disappear during this stage. This period lasts for about 2 months.

This is the stage between the diestrus and the next proestrus. This stage may last for about 4 months, though it may last longer for certain breeds. Anestrus is an inactive phase and all hormonal signs or sexual behaviors have disappeared. The body uses this time to allow the uterus to prepare for the next heat cycle.

What to do when your dog is in heat

During your dog’s heat period, you should double the care and attention you give your dog. Rather than panic or punish your dog while she’s undergoing her estrus cycle, do the following:

Diapers are your best bet to ensure a mess-free heat period. They help contain your dog’s bloody discharge. This solves a lot of other problems such as reducing your cleaning frequency. It also keeps the pheromone scent from your dog minimal, thereby, reducing male dogs’ excitement toward your dog.

There are multiple types of diapers you can choose from including disposable and reusable diapers. Both diapers are good but have different advantages.

Your dog is restless during the heat period. This causes them to move aimlessly around the house. Worse is if you didn’t wear her a diaper. She may inadvertently end up leaving some blood stains on the furniture or carpet which becomes tougher to clean with time. To prevent your dog from distributing her discharge around the house, keep her under close supervision.

When undergoing hormonal changes, your dog may exhibit rebellious behavior. This includes becoming very aggressive at other female dogs, or even running away from home in search of a male dog to mate with her. Keep your dog safe with a leash and you won’t have to worry about her whereabouts.

It is called the heat period. A term that covers the period when your dog becomes sexually mature. But in this heat period, there is also a stage called “heat” (a combination of both the Proestrus and Estrus stages).

This period may be longer or shorter de pending on your dog’s breed, but on average it lasts for 1 ½ to 2 weeks. The length of this period is irregular in dogs that are just starting their heat period, again, depending on the dog breed. 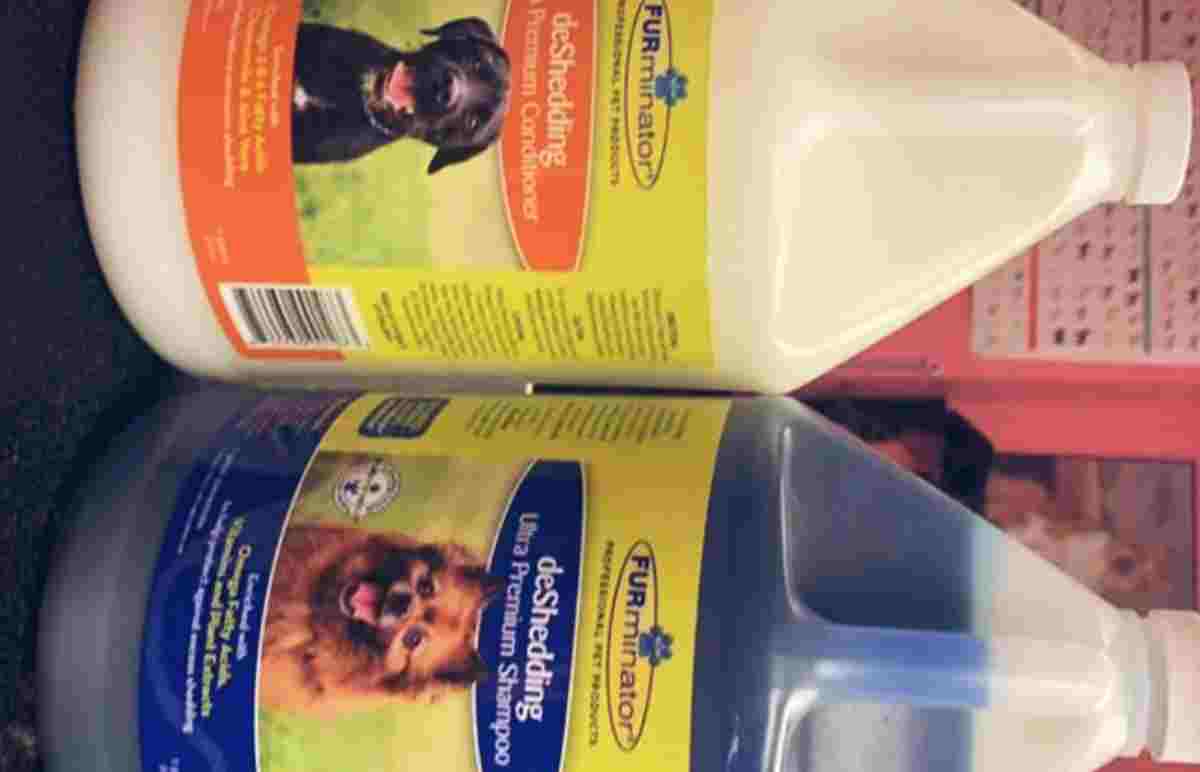 Dr. Rebecca Black is an absolute gem of a Veterinarian. She brings decades of experience to Handy Pets Guide and has overflowing talent and passion for breeding and caring for pets, their people, and the team around her. Dr. Sophia was born and raised in Columbiana, Ohio. She completed her undergraduate studies at Miami University in Oxford, Ohio. After earning her DVM from The Ohio State University in 1980. She has experience of over 3 decades and is very happy to share them. Her goal is to give pets all over the world a better life and to recommend the best tips, advice, and also recommend the best product for every pet owner.

This site is a participant in the Amazon Services LLC Associates Program, an affiliate advertising program designed to provide a means for sites to earn advertising fees by advertising and linking to Amazon.com. We are compensated for referring traffic and business to Amazon and other companies linked to on this site.